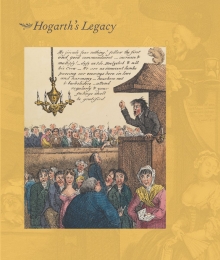 The library continues its long tradition of publication both in print and now online.

The Yale Edition of Horace Walpole’s Correspondence, edited by W.S. Lewis, published in print over a span of fifty years and totalling 48 volumes, has been digitized and is now presented free of charge online.

Horace Walpole’s Strawberry Hill Collection Database, initially developed by the Lewis Walpole Library to support research for the exhibition and for the renovation of the house itself, encompasses the entire range of art and artifacts from Walpole’s collections, including all items whose location is currently known and those as yet untraced but known through a variety of historical records.

The library currently presents two collections of podcasts as part of Yale University on iTunes U.

Britain in the Long Eighteenth Century covers a variety of topics drawn from the collection.

Scholars’ Progress is intended to be a place for scholars who have worked with Lewis Walpole Library collections to present work in progress, new discoveries and connections they have made within the library’s holdings, and new enterprises and speculation emerging from their work. Inspired by library founder W.S. Lewis’s vision that the library  be “a center for eighteenth-century studies under pleasant circumstances [that would] offer opportunities for fresh enterprises and speculation” for scholars.

Horace Walpole at 300 celebrates the life, works, and collections of Horace Walpole on the occasion of the 300th anniversary of his birth. This year-long blog will feature items from the Lewis Walpole Library’s collection associated with Walpole. Each week, a new blog post will look at something that Walpole either owned, wrote, had printed at his house Strawberry Hill, or in some way was closely connected with him. Alternating with entries by current Lewis Walpole Library staff and former Fellows will be chapters from W.S. Lewis’s Rescuing Horace Walpole, reproduced here with permission of the Yale University Press.