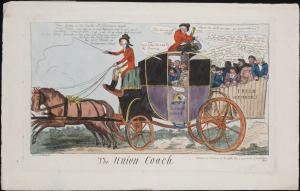 There is no public transportation directly to the Lewis Walpole Library or connecting the library with the Yale New Haven campus.

The Library is not within walking distance from any train station.

Library car from station or depot: When you make your appointment to come to the Library, let us know how you plan to get here, and when and where your train will arrive. We’ll have the Lewis Walpole Library car meet you at the station and drive you to the Library. It is essential that you plan to arrive during the Library’s open hours.

We will not be able to meet anyone arriving after 4:30 pm or on weekends.

Take the train to Berlin, CT.

From New Haven: The Hartford Line train is the easiest, most frequent, and least expensive way to get to the Library from New Haven by public transportation. Pick it up at Union Station or State Street Station in New Haven, and get off at Berlin, CT.

Take the bus to Hartford or Farmington

Megabus now offers service to Hartford, including service between New Haven and Hartford.

The 30-Bradley Flyer bus route provides semi-express direct bus service between Bradley International Airport and  the Connecticut Convention Center and Union Station in Hartford. The trips operate approximately hourly between downtown Hartford and all the terminals at the airport, seven days a week.

There are several options: