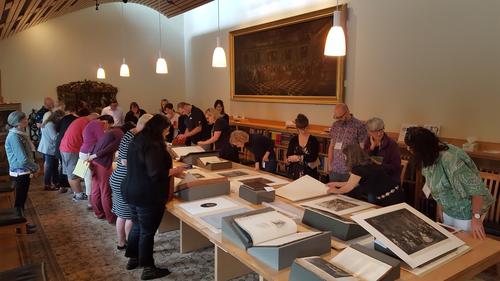 The Fellowship year kicked off with a Reading Room full of Visiting Fellows and other researchers deeply engaged in study and the Root House terrace full of those same scholars enjoying lively discussions. Among them was Yale Summer Graduate Student Fellow Sarah Weston. Yale Graduate Student Summer Fellow Sarah Weston, a PhD student in both the English and Art History Departments, was in residence for four weeks from late June through late July to work on her project “Gothic Form: Deformations, Elasticity, and the Shaping Spirit of Caricature,” the first chapter of her dissertation. Her dissertation, Wild Form: Shape, Number, and the Romantic Reinvention of Space, investigates Romantic approaches to form, shape, and space. Her fellowship at the LWL afforded her the ability to study the Library’s rich holdings in satirical prints, and to develop the portion of her dissertation chapter that considers “Gothic form” through the lens of caricature.  The Library offers one- and two-month Summer Fellowships to students enrolled in a doctoral program at Yale University who are engaged in or preparing for dissertation research and whose topic of study is supported by the Lewis Walpole Library collections. 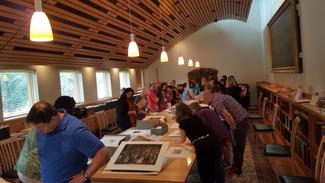 An all-day symposium and a mini-conference were organized In connection with the two exhibitions (see separate article elsewhere in the newsletter); we reached out on campus in New Haven to introduce students, staff, and visitors to the Library through participation in start-of-term orientation and the Founder’s Day Open House; and we welcomed visits to the Library by a Yale class, Yale graduate students, the Library Council, and members of the Farmington community. 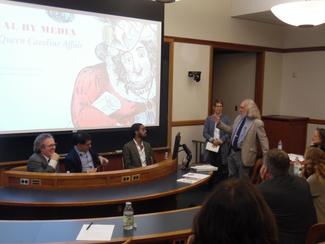 The Library was represented at the annual Founder’s Day Open House at Sterling Memorial Library nave in October with a display focused on Annie Burr Lewis’s contributions to Yale, fitting in with the year recognizing 50/150 Women at Yale, as well as the Lewises’ generosity that led to the founding of the Library. 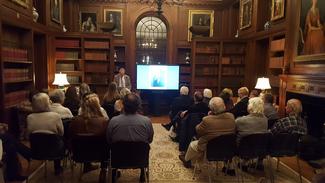 We were delighted to resume our evening exhibition lecture series in collaboration with the Farmington Public Libraries. Curator Stephen Clarke spoke to an audience of Farmington community members on the W.S.L. exhibition. Two days later, a look at Lewis and the Waldegraves was the subject of the 2019 Van Sinderin Lecture in New Haven also delivered by Stephen Clarke. 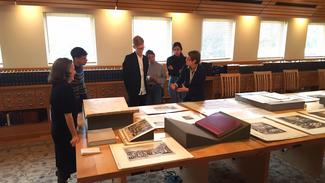 class, and the Library again hosted graduate students from the English Department for a day-long workshop on working with primary sources. Upcoming class visits include a group of English and American History juniors from Miss Porter’s School and an Art History class from Bennington College with more in the works. 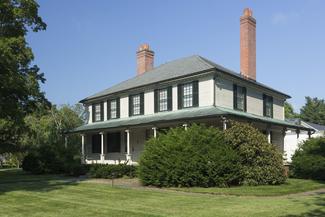 Every member of the Library’s staff was involved in the reinstallation of collections in the Cowles House, and the result is very exciting. Not only has the physical fabric of the structure been strengthened and such improvements as an electrical system upgrade and handicapped accessible lift and bathroom, air conditioning, fire suppression, and security systems installed, but the furnishings have been refreshed with new upholstery, lamp shades, and draperies. Furniture, paintings, ceramics, books, and other Lewis and collection objects have been reinstalled in new configurations. Ground floor rooms reflect their use during the Lewises’ time, while former bedrooms upstairs have been transformed into scholars’ studies and a meeting room. Overall, the Cowles House retains its Lewis-era ambiance with a fresh look.

The Library and its staff will not rest on their laurels, however, as we look forward to an exciting line-up of programs for the winter and spring. Check out the Save the Date section in the Newsletter and consult the Library website and Yale Library Calendar for upcoming events.