Fall Exhibit: Character Mongers, or, Trading in People on Paper in the Long 18th Century opens 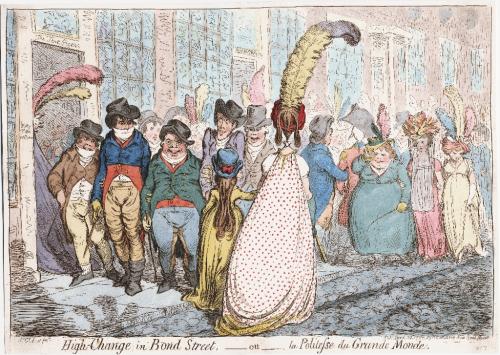 In the course of the long eighteenth century—the Age of Caricature, and of The Rise of the Novel—the British reading public perfected the pastime of savoring characters.  In a flourishing print culture, buying and selling likenesses of people and types became a business—and arguably an art.  Real and imaginary characters—actual and fictional people—were put on paper by writers and graphic artists, and performed onstage and off.  The exigencies of narrative, performance, and indeed of community conspired to inform views of other people—friend and foe, fat and thin—as tellingly, characters.  “For what do we live,” Jane Austen’s Mr. Bennet would ask rhetorically in 1813, “but to make sport for our neighbours and laugh at them in our turn?”